From "Water Feature" to "Honey Brook": Perhaps our water feature is most impressive. I had always thought a water feature would be nice. Then a friend remarked, “What you need is a water feature,” and that was all the encouragement I needed.

Mr "Water Feature Installer" (recommended by Ms "Landscape Designer") built our water feature 130 feet long, underlayed with one continuous liner, lined (by hand!) with 24 tons of boulders and filled with 8 tons of river rock. He started building  July 31, 2012. Honey Brook started flowing on August 27, 2012. It recirculates 10,000 gallons of water per hour into the 2,000 gallon, underground reservoir made of Aquablox tank modules. It has five (admittedly little) water falls, and it burbles.

And it is a great name for our gardens, too. So Honey Brook Gardens it is. 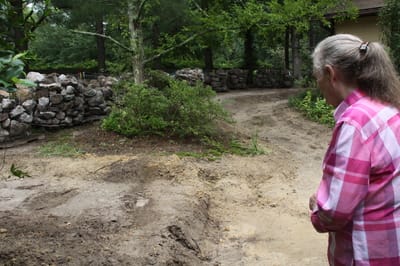 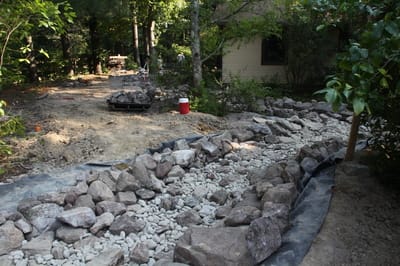 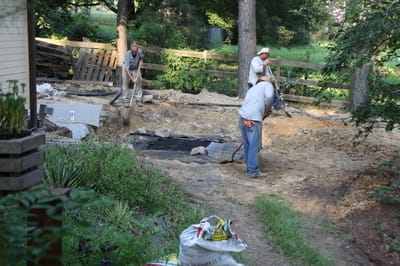 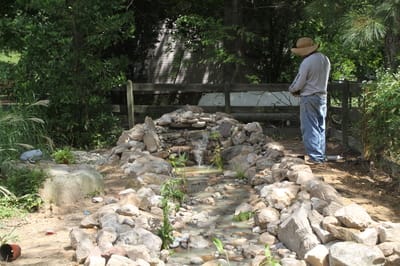 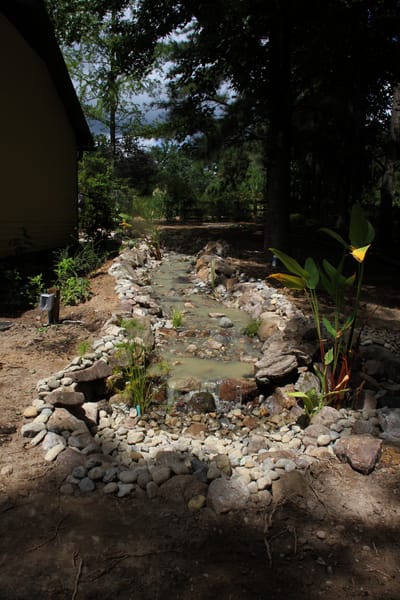 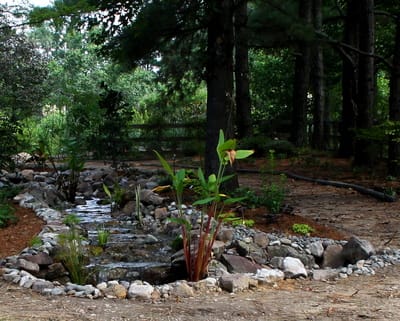 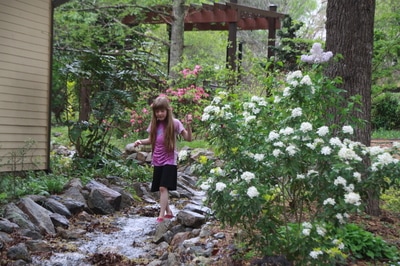 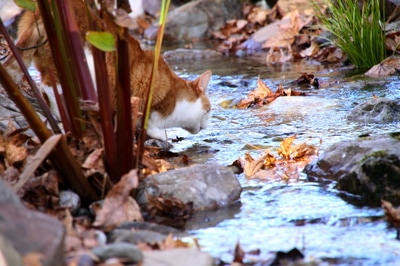 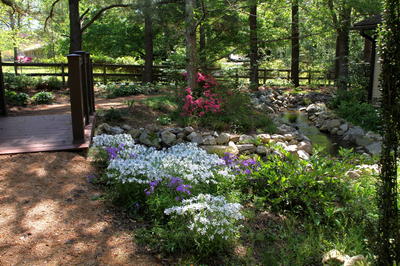 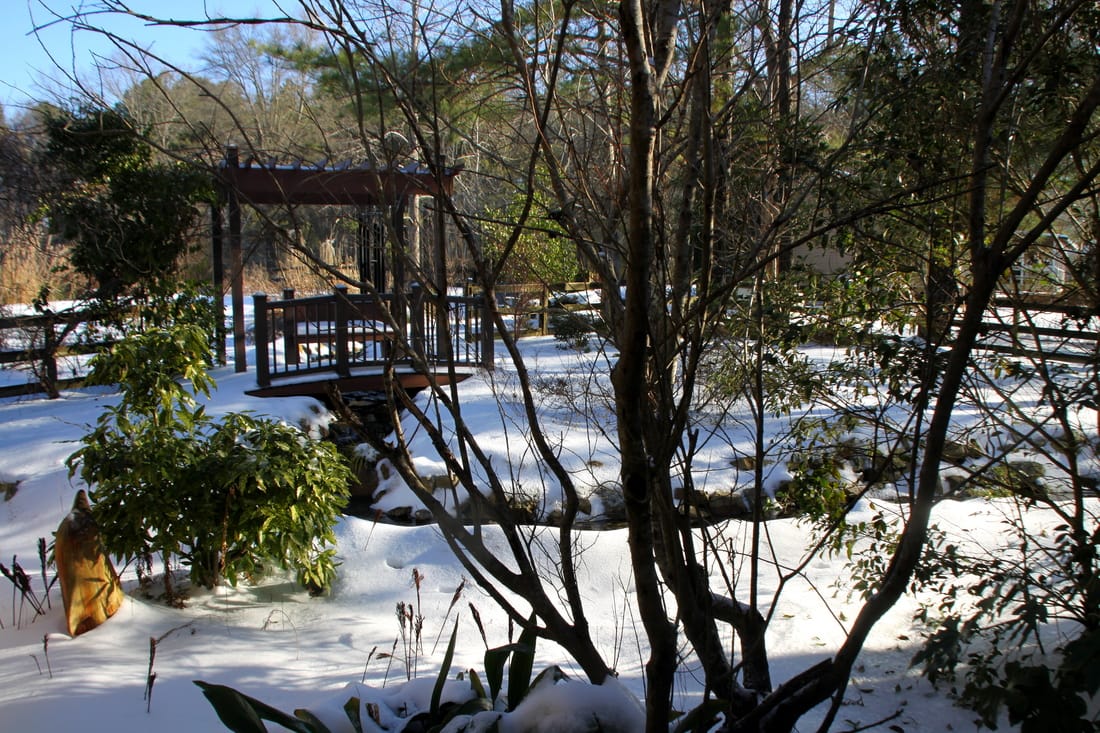